Truth, simplicity and candor: these are the cardinal virtues of a lawyer." - George Sharswood

Can an Illegitimate Child Inherit From My Estate? 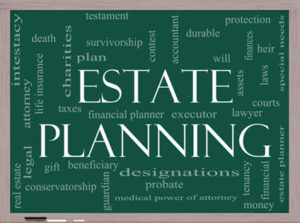 Although Florida law establishes an order of inheritance for “intestate” estates—the legal term when someone dies without a will—that does not mean you should avoid estate planning altogether. Indeed, dying without leaving a last will and testament can lead to some complicated legal questions for your family and the courts. A will allows you to clarify matters beforehand to prevent such complications from arising in the first place.

For example, Florida’s intestate succession law states that when a person dies without a will and leaves children but no surviving spouse, said children inherit the entire estate in equal shares. This includes any children that you have legally adopted or who were conceived by you but not born prior to your death.

But what about children born outside of wedlock? Under Florida law, such children are automatically considered descendants of their mother. Establishing fatherhood is a different story. The law sets three conditions for establishing a father-child relationship for purposes of intestate succession:

The parents “participated in a marriage ceremony” before or after the child’s birth, but the marriage was later declared void for some reason;

There are cases where a purported child of an intestate decedent may seek to establish paternity after the father’s death. A Florida appeals court recently addressed such a case. The purported child was born in 1964. The father died without a will in 2012. His three acknowledged children contested the purported child’s claim to a share of the estate.

The Florida Third District Court of Appeals ultimately found the purported child’s claim was barred by the statute of limitations. The court explained that prior to 1986, only the mother of a child born out of wedlock had legal standing to bring a paternity action. The petitioner’s mother in this case never did so. In 1986, Florida amended the law to allow purported children to bring a paternity claim on their own behalf, but they had to do so within four years of reaching the age of majority. This gave the petitioner here a “short time” to bring his claim in 1986, but he failed to so, thereby permanently “extinguishing” his claim. And while Florida amended the law again in 2009 to eliminate the four-year time limit, this change was not applied retroactively.

Always Make a Will

Of course, had the decedent in this case left a will naming only his three acknowledged children as beneficiaries, there would have been no need for the courts to sort out the purported child’s paternity claim in the first place. This offers yet another illustration of why you should always make a will. If you need help from an experienced St. Petersburg estate planning lawyer, contact the offices of Carnal & Mansfield, P.A., right away.